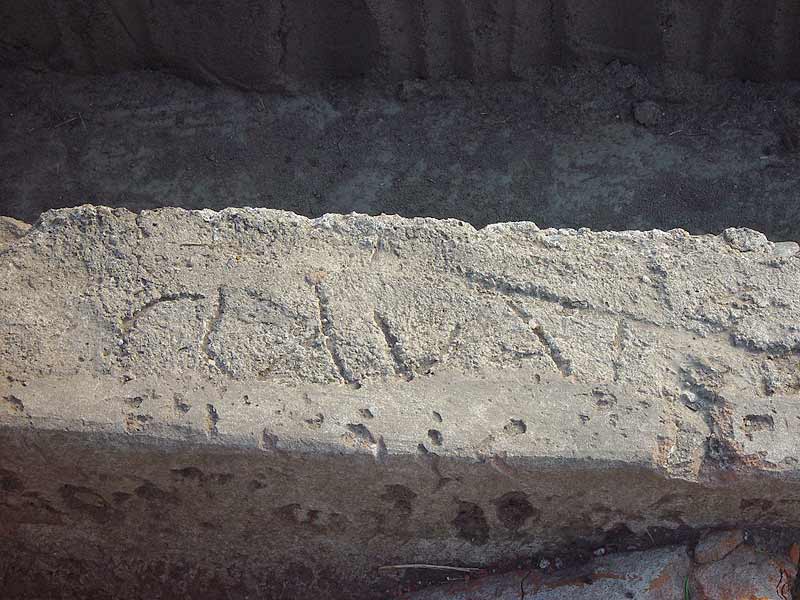 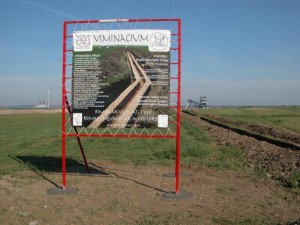 About 1,000 meters of the Roman aqueduct has been excavated. Geophysical methods showed another 1,800 meters, while remote detection found an additional 1,350 meters of it.

The aqueduct originates from the 1st century A.D. and two legions had built it:LEGIO IIII FLAVIA FELIX and LEGIO VII CLAUDIA PIA FIDELIS. The aqueduct was destroyed in the first half of the 5th century A.D. during the invasion of the Huns. Bronze coins were found in it. Archaeologists have a unique occasion to observe the aqueduct in an integral form in all its building elements.

Its total length was about 10 kilometers and it brought potable water to the ancient town and military camp of Viminacium. It has been a unique building and engineering endeavor. Its gradient from the water source to the Roman town and military camp was 1 to 2 per mille. Names of craftsmen who had built were found inscribed in several places.
One part of the aqueduct was moved, as it had been threatened by the open-pit of Drmno. Parts of the aqueduct were very precisely cut into smaller segments and transferred in specially constructed steel crates to the protected zone.