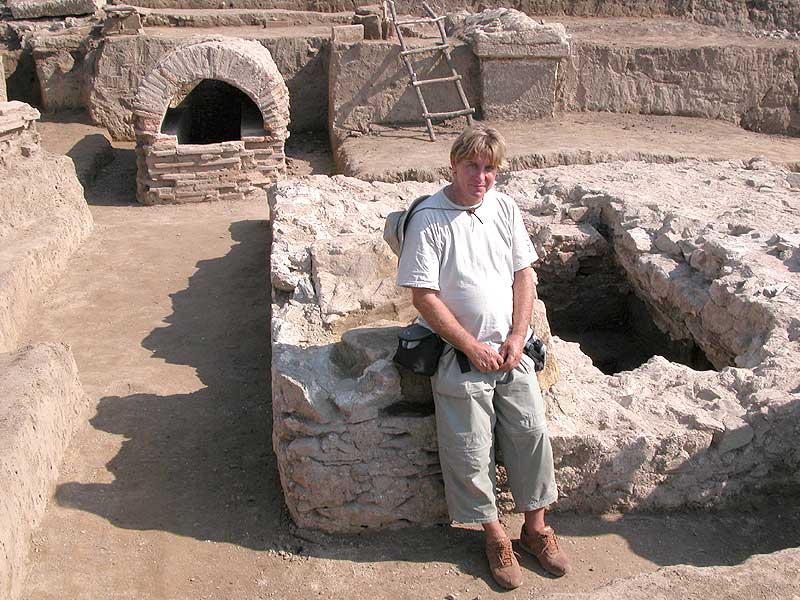 Viminacium has been the object of interest of various explorers for centuries. At the end of the 17th century it was visited by Count Marsigli, who published his observations in his work  Danubius Pannonicomysicus  in 1726. In the 19th century Felix Kanitz visited Viminacium on several occasions and left record of what he saw in several of his books. Several other foreign and Serbian authors also wrote about Viminacium (Ladek, Premerstein, Momsen, Brunschmidt, Vulić and others). The first excavations were undertaken by Mihailo Valtrović and they yielded good results. These explorations were continued at the beginning of the past century by Miloje Vasić, a professor of the High School in Belgrade, who uncovered a number of buildings and tombs, as well as a street five meters wide with the remains of water supply and sewage systems.

The exploration of the cemeteries of the town of Viminacium was undertaken at the time of the construction of the thermoelectric power plant “Kostolac” and the opening of the strip mine “Drmno”. They were directed by Ljubica Zotović from the Archaeological Institute in Belgrade and they lasted from 1977 to 1997. The Republican Institute for the Protection of Cultural Monuments and the National Museum of Požarevac also participated in these explorations.

A new impetus to the exploration of Viminacium was given by the multi-disciplinary team of young research workers headed by Dr. Miomir Korać from the Archaeological Institute in Belgrade.
This team, which explores the Roman town and the legionary camp, includes experts for remote detection, geomorphologists, mathematicians, electrical engineers and petrologists from a number of institutions (the Mathematical Institute of the Serbian Academy of Sciences and Arts, the Mathematical Faculty, the Faculty of Mining and Geology, the Faculty of Electrical Engineering).

In 2002 collaboration with the State University of New York at Albany was established, so that the Viminacium project has an international character now. Each summer 10 to 15 American students participate in the work on the site as members of the Field School.